Core Explanation of Remote Viewing and Remote Influencing. You carry the PORTAL to Infinite Intelligence.

Final Harnessing of the Superpowers of the Mind 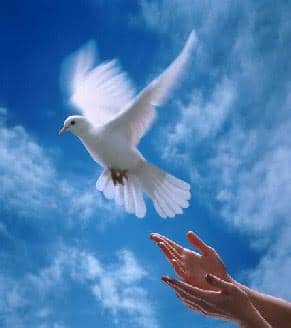 “If thou would’st hear the Nameless, and wilt dive
Into the Temple-cave of thine own self,
There, brooding by the central altar, thou
May’st haply learn the Nameless hath a voice,
By which thou wilt abide, if thou be wise.”

“Creation is a sphere whose circumference is nowhere and whose center is everywhere.”

Mr. O’Donnell is the founder of the Academy of Remote Viewing and Remote Influencing. He was a remote viewing instructor for the remote viewing (mental espionage) branch of a Western intelligence organization. Mr. O’Donnell would like to make the following information available:

In Richard Bach’s international bestseller “Jonathan Livingston Seagull” (1970. Reprint. New York: Avon, 1973) we find the seagull Jonathan who always wants to fly higher and better. The Elder tries to teach him (p. 81) that in order to be everywhere and everywhen at once he first needs to understand the mechanisms of flying. If these mechanisms are not fully understood and integrated, real flying is impossible.

“You will begin to touch heaven, Jonathan, in the moment that you touch perfect speed. And that isn’t flying a thousand miles an hour, or a million, or flying at the speed of light. Because any number is a limit, and perfection doesn’t have limits. Perfect speed, my son, is being there.”

“You can go to any place and to any time that you wish to go,” the elder said. “I have gone everywhere and everywhen I can think of.” He looked across the sea. “It’s strange. The gulls who scorn perfection for the sake of travel go nowhere, slowly.

Those who put aside travel for the sake of perfection go anywhere, instantly. Remember, Jonathan, heaven isn’t a place or a time, because place and time are so meaningless. Heaven is . . . “

“To fly as fast as thought, to anywhere that is,” he said, “you must begin by knowing that you have already arrived . . .”

The trick, according to Chiang, was for Jonathan to stop seeing himself as trapped inside a limited body that had a forty-two-inch wingspan and performance that could be plotted on a chart. The trick was to know that his true nature lived, as perfect as an unwritten number, everywhere at once across space and time. . . .

Then one day Jonathan, standing on the shore, closing his eyes, all in a flash knew what Chiang had been telling him.
“Why, that’s true, I am a perfect, unlimited gull! . . . Jonathan opened his eyes. He stood alone with the Elder on a totally different seashore-trees down to the water’s edge, twin yellow suns turning overhead. . . . “IT WORKS!”
“Well of course it works, Jon,” said Chiang. “it always works, when you know what you are doing. Now about your control . . .”

But then the day came that Chiang vanished. He had been talking quietly with them all, exhorting them never to stop their learning and their practicing and their striving to understand more of the perfect invisible principle of all life. Then, as he spoke, his feathers went brighter and brighter and at last turned so brilliant that no gull could look upon him.
“Jonathan,” he said, and these were the last words that he spoke, “keep working on love.“
When they could see again, Chiang was gone.

Eventually, Jonathan goes back to the ground of his old Flock to teach other gulls that (pp. 103-104):
“Each of us is in truth an idea of the Great Gull, an unlimited idea of freedom . . . ” “Everything that limits us we have to put aside.”
“Your whole body, from wingtip to wingtip is nothing more than thought itself, in a form that you can see. Break the chains of your thought, and you break the chains of your body, too. . . “