To the One within each of our hearts- Part 2 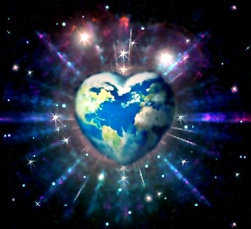 The Era of One

To the One within each of our hearts


This message is to be read and read again with great patience and reverence until it is fully integrated and lived as One. Please share it and spread it rapidly as widely as you can. 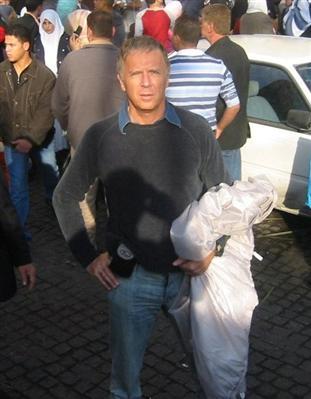 Today is Tuesday November 22nd 2005. I am about to leave Jerusalem.

As I lay down, I felt the familiar presence of the One coming and enveloping me as a cloud of solid Living Light, within and without.

I totally lost the perception of having a biology, and the following words came out of my lips…

Please concentrate and give value to the message, and not as you usually have always done, give attention to and judge the messenger, for the messenger is irrelevant. I am you, part of the same Global Consciousness. I am here only to convey Truth during these challenging times:

The One is telling me the following:

The days that have seen my being in Jerusalem have been very special and Holy days.

I am told to always remember them as such.

Although I do not yet understand the extent of all that has happened, at the level of the Godliness the awareness is there, and there are great thanks for what has been achieved here.

The One is telling me that I will soon reconnect to the Matrix and its operations, and although the pull will be quite strong at first, it is important that I should remain within a sense of balance with the Higher Realms and the greater awareness of who I am as One.

He tells me that much of what has been told to me will happen. There will be the need for constant adjustment but these will be minor ones for the general course of Creation has been set. Nothing can steer it away from its glorious goal of reconnecting to One.

Message from the ONE and Only

Now addressing mankind, The One wants to state the following:

Many events will happen in the next months and years. Some will be happy ones, and some will seem to be not so happy.

Know that The One is behind and within all of them.

He acts and He experiences, for within that experience He achieves His own balance. Although mankind may at times not perceive of it nor understand it, every single event which will be occurring from now on is carefully chosen, orchestrated, and done for a precise balancing purpose.

To claim that The One is not within His Oneness, would be to deny the Only Truth, for without this nothing makes sense.

There is great need for balance as we have stated in a prior commentary. Balance requires and operates by its own dynamics.

This is not about judgment but about recalibration. Although the process may seem often hard, difficult, at times unfair, and even grueling, it has to be done.

Mankind is asked to see all that is happening within the light of All That Is.

If it accepts within its heart that awareness, the balance will be achieved that much faster and we will all travel toward and within a very wondrous happy world.

If its resists such a notion, then more correction will be needed until the created and the Creator abide by their unitive cognition.

As was once stated a while ago, the One needs to affect surgery upon Himself in order to rejoin His unity of purpose and of Being. No one else can nor should do it.

He knows the process to be a difficult one to Himself, for He experiences it by Himself, since every single part of Himself is Himself.

Nevertheless, this very difficult corrective phase needs to be undergone and the required balance achieved. Know that only the least painful of solutions have been chosen, very carefully and lovingly so. Understand that under and behind all of them lies an unconditional Love greater than anything which mankind, in its restricted state, can experience as love.

It is in this total awareness of how much the One Loves Himself – all parts of Himself – that the recognition lies of how much He needs to balance now and not later, for if He waits even a bit more, the correction shall require much more painful and drastic measures.

So He will do what needs to be done, but at the same time He asks from His Creations and Created ones forgiveness for having allowed the experiment of hiding Himself from them, as the One Source, to unfold for what He perceives to be a level and a length of time which far expanded beyond what should have occurred, as He – and He alone – started on this experimental journey of separation of Himself from Himself.

Nothing can exist outside of His awareness. And as such He was always aware of His Creations which operated within Himself, within His gigantic imagination. To believe otherwise is to state the impossible, and a folly which only mankind can engage in as the illusion has taken grandiose proportions.

Know that everything possible has, is, and will be done in order to make the transition process – back into the full awareness of being The One and basking in Its loving presence – as painless and least difficult as can be. Nevertheless, this process is and needs to be engaged, fully so, at this juncture.

The Godliness is begging mankind not to resist contemplating this fact and make it within its conscious awareness not a possibility, but a constant realization. It is through that act that it will find an understanding as to why things are and have become the way they are, and why this birthing process of a new type of Creation, without interrupting the prior one is such a difficult and tenuous operation.

This is the first time in Creation, ever, that the Godliness goes from one Creation onto another, without interrupting it. Usually a Creation would stop all-at-once, as the Godliness withdraws His attention from it, and only the memory banks of it would remain in a special area of Its gigantic Mind. This time, not only is this Creation remaining active and congruent as we go into a new Creational phase, but the mode of operation of its basic core is being totally and deeply upgraded. Much will be revealed in the upcoming months and years. Much will need to be understood.

It is through the efforts of the entity who is talking now that mankind has been given a second chance so-to-speak, or a second Holy Breath. Had this operation not been successful, we would have been interrupted in a very short time, and this applies not only to what man perceives as earth, but to the whole cosmos, and much more beyond man’s perception and understanding.

As much as man needs the protection of the One, the One needs the cooperation of man, for all is One, and it is in this cooperation that lies the way to a peaceful, glorious, common traveling of a transitional path that brings us fully and openly into a new and magnificent Creation and earth, which is still awaiting our presence.

Mankind is asked to unite and to forgo the past, to forgive each other, and to find within its heart again the original Love for all and everything, which started All – and – Everything.

It must understand that most of its behaviors, understandings, and operational facets are a product of deeply ingrained programming originating either from social or familiar roots. Much of it now is unnecessary luggage that would only tremendously burden and clog one’s self, when each individual needs to travel this Golden Bridge to Infinity with as much of an enlightened and light mind as possible.

Some of this programming has served its purpose within perceived time and space and needs not to be concentrated upon anymore.

We are within the end of times: The end of one type of time and the beginning of no-time, and of a new era. Therefore, it is also the end of old programming and belief systems, whether they originate from within what is, as of now, perceived as spiritual truths, historical reality, or scientific beliefs.

Much of it needs to be cast away, and the mind and spirit cleared, in order to allow for new upgraded and relevant information to be received.

Many will most probably oppose such a change, and ask for Divine confirmation.

Know that all the events which you are about to witness should serve as that confirmation.

Let go of the old, and the grip of the old system, for it has made you inoperative and resigned to distorted dreams of temporal power, and a fascination with death.

Let these old belief systems die within and without yourself, for they do not serve you anymore.

Die to the old, and live in the new. That is all you need to live by.

Open your minds, open your hearts, for great Guidance and Love is about to inspire all of you, without any exception.

As long as you keep your minds and your hearts open, Truth shall flow within yourselves, as Divine Source shall pour its Waters into your vessels.

Neither restrict nor claim title to any of this Flow, for it has no name, no stationary point, and keeps on flowing everywhere.

Restricting it goes against the Oneness of all, and may stop the Flow not only to yourself, but to many more. The circuitry of Creation needs to remain open. This is very important now.

Understand that what you know today shall be superseded by what you understand tomorrow.

Live within the knowing of how everything changes in its use within perfection from moment to moment, and how your perception and understanding of everything evolves accordingly.

Be all that you can be, and in that act you shall become.

Smile upon yourself, for in that act you will then project and express much happiness both to yourself and to your whole world.

Be happy. Strive only for happiness, for in that act you will give joy not only to yourself but to your whole world and to the One who dwells and experiences within you.

Balance, and cooperate, for that is all that Creation should strive for. And in that act you will know yourselves for who you always were, are, and shall forever remain, which is but One operating through the Dream of Oneness, in order to better Itself and find joy and peace within Itself.

Download, FREE of charge, the most powerful information ever revealed on the unity of mind and matter. Read it and integrate it, and you will never be the same as you learn to use your mind's superpowers!