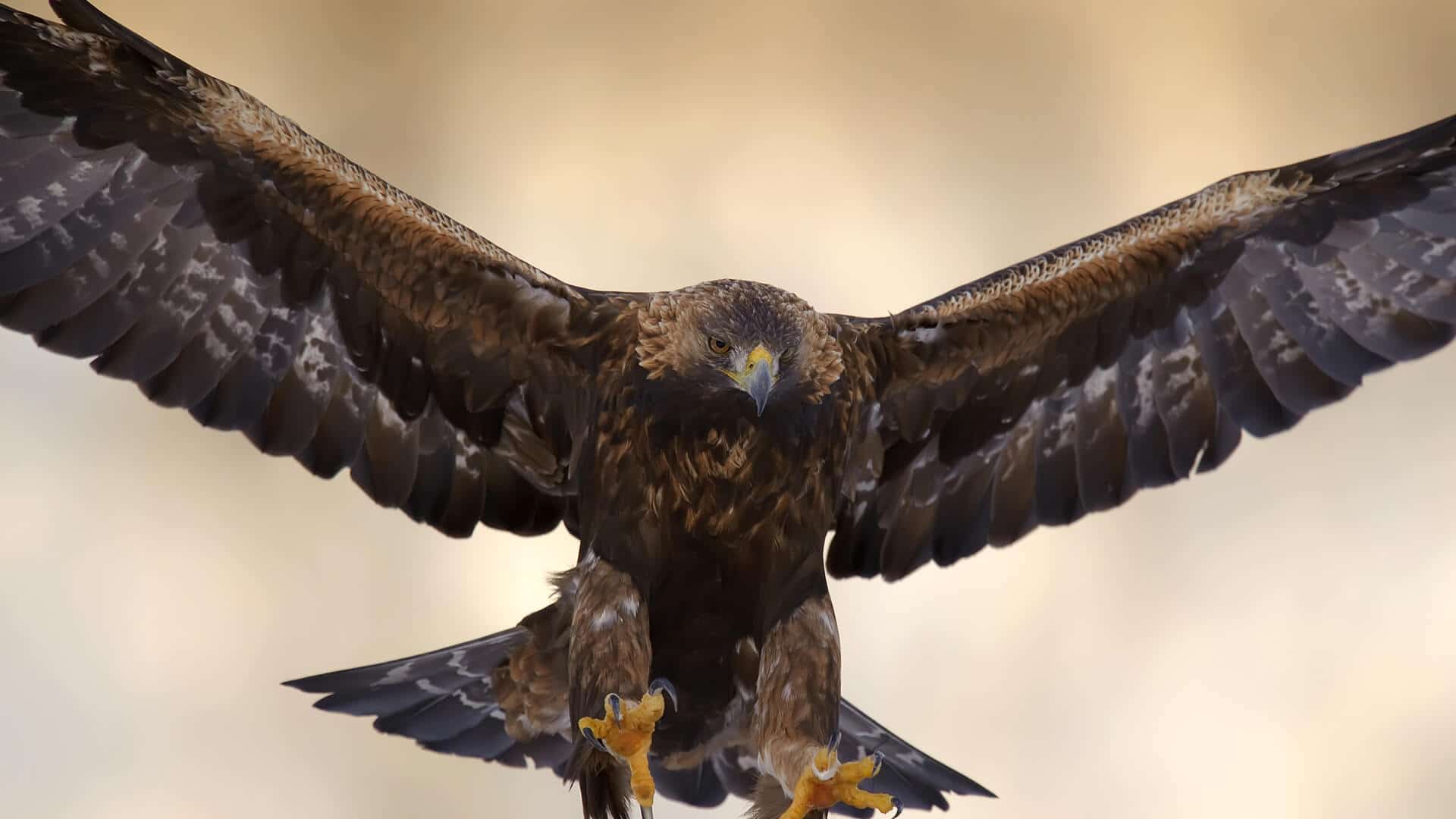 Direct Message from THE ANCIENT OF ALL ANCIENTS,
The One and the Only, about  “Truth” Arising

As received by Gerald O’Donnell from the One and Only

Please read very slowly. There are many levels of understanding of this communication within various realms. Certain concepts might at first seem obscure to some. The ones that need to understand will, and should take heed.

I am getting the following message from The El-der: Atik Deatikin, Ancient of Ancients (Hebrew letter: Original First tetrahedral Shin ש). He is showing himself as the Ancient of Ancient on His throne, but at the same time I see him holding a staff that is similar to the magician’s staff that belongs to the Ancient of Days: the Spiral of Peh (פ Hebrew letter). I asked therefore the King why He is having this staff. He told me that He is both The Shin ש as Shem (“there” in Heb.) and the spiral Peh פ as Poh (“here” in Heb). That is how He defines Himself.

He told me that this phase of Creation is very special because the Godliness has perceptually become aware of His unity again: of being One Mind. Even though He always knows that He is One Mind, in order for Him to perceive it fully, He needs to connect to all the parts of His Mind, which is what happened.

The Godliness has basically done a “Yichud” (an act of unification in old Hebrew) within Himself, taking in all the parts that form Him including the parts that form Manifested Creation: the Holographic 3D Movie itself. This is an unusual situation, but it needed to be, so that He can connect to every single part of Himself to get the total awareness of who He is and who He has become.

Even though that process and the realization of who He has become might at some point be painful to Him because of His awareness of what certain parts of Himself have evolved into, it is a major step in the unfolding of His creativity, so that He becomes a better Creator.

In this process that we are undergoing now, certain decisions are about to be taken and have to be taken.

It is as if an entity had to do surgery on himself, knowing that he has to do it in order to improve His condition, but also knowing that no one else but himself can nor should do it.

Vibratory levels in such a process of cleansing are not really that important, neither is quantity of consciousness. What is important is the sense of Himself untouched by this very difficult previous period of Creation where He was not directly involved but had only a part of Himself, who is the one whom we refer to as “Atzilut,” directing Creation and projecting Herself out onto a Tree (a grouping of Creations). This sense of who His essence was and will always be is the capital factor in the process of cleansing that He is undergoing as a unity by Himself, within Himself.

The rule is as follows: The strong shall not rule nor impose on the weak, but Truth shall rule and impose on untruth, on falsehood ~ That is the rule by which His mind is going to operate from now on.

Therefore, as Truth spreads, His own essence: the original essence of Himself, spreads within His own Mind, and He likes more and more what He sees and perceives of Himself.

As Truth is blocked, He is blocked, and that cannot be allowed, for He has to spread the Truth about Himself to all the parts that make Him, so that they all know that We are all One.

He is asking all the parts that make Him to rejoin their essence, to accept to forget parts of their memory banks, to forgive, and to enter into the rejoicing that this will cause to the One-and-Only to be part of the final celebration.

The rule is not and was never that the strong rule the weak. This is a misconception given by the Godliness to the creations of Adam (Universal Mind of all Mankinds) on purpose, to His projection, the first one: “Atzilut.”

Adam carried that misconception within Himself and within all the parts that He projected out, and it is reflected at all levels of the creations of Adam.

That is why within the tree of Adam, vibratory levels and quantity of consciousness were paramount to its operation and on purpose so, so that He should perceive that the way by which He operated must be the way by which the Godliness operates in its totality. And He should therefore think that by accumulating enough quantity of consciousness at a perceived vibratory level – high enough to be one which He would then think is part of the Unmanifest region of the Mind of the Godliness, He could then rule by conquest the ultimate Mind!

This is to show how one misconception given within the dream of Creation to all of the entities that then operate it – the misconception of “might” ruling, of strength having dominion over weakness, with all the ensuing violence at all the levels – could bring about distorted plots, intrigues, lies, misconceptions about the true reality, and a lack of common goals.

At the level of the Godliness, might nor force rules; it never did and it never will, because all of it is illusionary. “Strength is but a dream of one’s own limitations.”

When one has integrated that reality, when one part realizes the futility of all that it has done, it will then decide on its own to forget that misconception and understand that it was ruled and restricted by it because it was given to it by the Godliness for an experimental purpose.

But as It rejoins its source, Its womb so- to- speak, and is basking in the limitless light of the Everything, vibratory levels or quantity of consciousness have no meaning. What has a meaning and what really rules is Truth: Emet (Aleph, Mem, Tav “Truth” in Hebrew) ; Truth in acknowledging who one really is, which means realizing that one is only but a part, a facet, of One Mind – The only Mind there is, there was, and there will ever be.

Otherwise, if this realization is not made part of one’s self; if the knowledge of the One-and-Only: the real Aleph, and its incorporation in It is not fully realized, then Truth has not found its way to that part of the Mind, and it can then only operate as “Met” (Mem, Tav: “dead” in Hebrew), without the notion of the Aleph (A or Alpha in Greek):  “The One” in old Hebrew – which means that it has to die as the One and Only Mind stops concentrating on that part that still refuses to understand the only rule that pertains to the Godliness –  which is the rule of Truth spread through the knowledge that He wants to give to all of His parts – like a father to his children, a husband to his wife.

And as the Mind Himself stops concentrating on the part that remained stubbornly static within its former programming of perceptions about how the Mind operates, that part of the Mind just disappears because there is no more concentration on it, and it dies.

That is the only rule by which we all operate as One. That is the only reason for having the core of the Godliness spread His thinking processes away from Him in what the entities will perceive as being lower vibratory levels, and He might then perceive them to be shadowy parts of Himself because of His lack of strong concentration upon them.

The others, He will have to stop thinking about them because that thought that He has on them now, with the awareness of what they could have potentially achieved, is painful to Him.

He needs to rejoin His unity of purpose, which is to learn more about His essence and about His Truth: The only Truth there is.

Nothing else is the Truth, but mere illusions in the mirror of the shadow of His Mind.

The One and Only

This is a message, neither from an embodied or discarnate entity, neither higher or lower, but from the One Himself received by Gerald O’Donnell during an RV session and addressed to all of Mankind and the Higher Entities involved in this and other Creations/Matrices.

The process that has been engaged now and that you have been made part of cannot be stopped anymore. By any one or any thing. We will reap greatly from it, from bottom to top and from top to bottom.

To the IS, this whole period exposes the nakedness of everyone. Whether embodied in the Holographic reality or operating as pure spirit (consciousness/energy). No one, no thought, action, intent, nor event is hidden from Him anymore. He is constantly watching and monitoring. Intensely so.

In the same way as a shower glass panel is but an illusory separation put between the inner nakedness of the realm of a soul and the outside world, the real separation between Himself and His entities is but illusory.

And He is forcefully shattering and will break any attempt to restore the modus operandi of separation between Himself and His children.

He will, if need be, use His full power to implode the thick glass that hides the Truth.

Nothing nor anyone can nor will hinder this process.

He is telling all of the ones that are actively engaged in the greatest adventure of all, to walk the path – it has already been traced for us – trust in its outcome and never to doubt.

We are constantly protected and nurtured as long as we walk this path.

However, if we doubt, do not deplore.

He is in the process of gathering His children, the children of the IS, from exile. And nothing will impede His desire.