The Dream Space unfolding in Ti(e)-me! 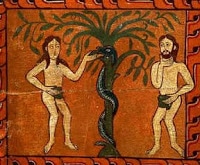 A ‘Portal’ student of ours posted the following question a couple of days ago on our student discussion group and I feel that it would be helpful if I were to make my response available to the general public, because it addresses an eternal question which mankind has yet to resolve because of its strong belief in a material world “out there” bounded by the array of forward time and the restrictions of what we perceive as space.

Student’s question:   Hi All:  Who created the ONE/God? Does the universe have ‘parents’?

Answer:  This could be the subject of a lengthy seminar or many. I can only tell you that the One is just Pure Thought Unformatted unrestricted Thinking Infinite Intelligence (which includes all possible thought formats!), and that Time and Space are just Created constructs for ITSelf allowing Itself to reflect Itself upon Its Created Mind-Space/Dream so that we, as parts of It, have a somehow coherent and logical sensory reflective support to our creative experiences. If one of us Creates a VR reality game which is what the One in fact did, one is bound by its own rules of time/space and energy constructs. We only experience them as we are projecting in (jacking in) and playing/experiencing as our avatar(s), observing that virtual reality, or having a supervisory role in that VR game. If we remove our concentration from the VR game and barely observe it, all its time and space constraints and constructs vanish to us. Time and space does not exist, as they are all illusory variables, part of the Dream, created to keep coherence in shared experiences. That is why His-story and historical data, and sensory environment is often part of the necessary memory bank of the VR game created before we even engage with it for a period of experiences. Time is the linear unfolding of events in a coordinated and seemingly coherent fashion, and space is just the mind-space of the Dream/play. Spirit does not experience either, if it is not engaged in a restricted Creational lattice. The One is a bit like the Creator of a quantum computer where superpositions of states (parallel realities across all time and all spaces) exist and operate simultaneously to rapidly increase learning, where all probable possibilities are established and some then traveled by experiencing consciousnesses in order to improve upon Itself and where all time/space states can exist and be experienced at once concomitantly in the Present Tense for spirit. The One can experience different time zones and spaces within a Creation and/or an almost infinite number of Creations. Unworkable paths are then studied on-line or off-line when a world (matrix) is terminated and wholly or partially discarded. THE ONLY TRUE MIND aka The One God cannot stop thinking and never will! There was no beginning to thought and intelligence, it just IS. Pure unrestricted Thought (God) always was, Is and will be. That is the true fabric of Creation. Space and time have neither beginning nor end outside of the Dream of Creation and, in fact, are not experienced sequentially inside the lattice simulation, but rather ad hoc, simultaneously in tranches of time and parallel branches spanning billions of Creations. Creation is the Dream of the Creator held solid by Its infinite Imagination where we also have our individual Dream within that Gigantic Dream. How long does a dream last? A thought? If you have the impression of dreaming a story you think lasted hours, you may have been in REM sleep for only half a second in your awakened state’s time perception. So time is an illusion. And when you wake up, what happens to that time line, what happened to that mind-space which Created for you the dream? If this world were to end, time would end for the ones experiencing it, but what would happen to space void of matter and energy? The only answer is that space is just mind-Space within the Creator’s Mind. Even you own soul often experiences simultaneously different spaces and periods of times using different avatars, but you are not aware of it as it risks fracturing the fragile human psyche, which is why you may think that you had a prior experience as a character in a past of future time line (past life or future life) when they are all happening concomitantly!! So there is no time in terms of events but Creative steps/periods and advancement in Learning are the raison d’etre of Creation to serve the evolution of the Creator. We, as incarnated beings, are Its tools within our restricted choices and restricted systems of thinking. I will speak about this a lot very soon and am getting ready to publish a book to help clarify these very important concepts and allow for a Higher perspective. So the One God is Pure unattached and unrestricted THOUGHT, with no beginning or end, since thought is forever. It is not even energy or light since these are tools and epiphenomena of Itself for the purpose of Creating. The One has no beginning and no end, of course. The lattice of all Creations (Trees of Creation) had a beginning and most branches have an end, unless they sprout a healthy seed, which in turn when falling upon fertile healthy soil grows into a solid tree duplicating its DNA with a trunk and many bifurcating branches of possibilities. However, the Lattice of Creation was Created as an infinite loop where you can project anywhere and then experience different time and space in a linear fashion for the duration of the experience, alike a very complex and self-expanding AI video game, all within a non-linear construct simulating a Mobius coil as an infinite loop. Originally The One was only observing his myriad of VR Creations (Garden of Eden which means ‘garden of witnessing’ in the original Biblical Hebrew text), then the thought came to It to have Itself or sub-parts of Itself project down through the serpentine DNA which allowed it to experience chosen facets/avatars. That is what is meant by the fall of the original part of Itself that would become the Creative arm on-line as the Adamic Being (Univers(es)al collective Mind) or Adam Kadmon. I will in the future explain the difference between manifest and unmanifest Creations and how to become a bit more lucid in your individual and general Dream!  I hope this helps a bit.

Much Love to all of you!